How to Invest in Bitcoin

OK, we’ve all seen it.  Every day on LinkedIn some wise guy is showing off about the profit he has made on his Bitcoin investment. Or there’s a picture of another golden Rolls Royce that you can only buy with Bitcoin … which was apparently the price of a pizza, back in the day. Even the Reuters newsfeed mixes it in, amongst other ‘news’ like an assassination attempt on the Prime Minister.

So, What’s It All About? Back in 2008/2009, a Japanese (or Russian) dude called ‘Satoshi Nakamoto’ (a real life Keyser Söze) developed a new type of currency, one held purely in digital format. It never really took off, until after years of political uncertainty, and boosted by online ecommerce stores looking to break the mould over competitors and offer ‘something different’, suddenly this little thing caught the attention of tech bloggers and began appearing next to PayPal in shopping carts and on newsfeeds. No one had any (and you’d be gutted if you had, and bought that $5 pizza back in the day), but popularity started to rise when the (fluctuating) price rose sharply against standard currencies. 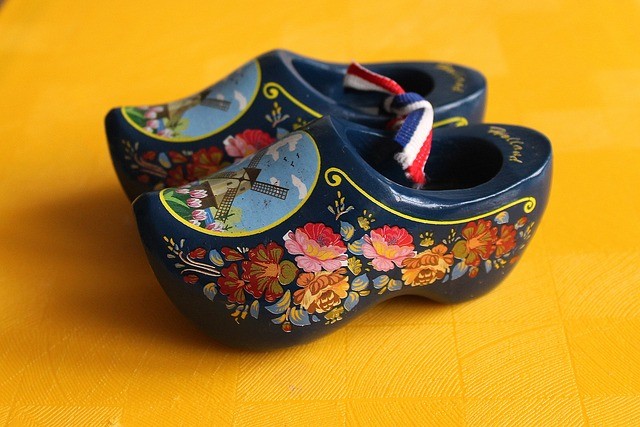 Dutch Tulip Mania All this is not a new thing, everyone keeps going on about ‘tulpenmanie’ (‘Tulip mania’) from way back in 1637. What? So, basically, during an economic growth spurt the Tulip was a new luxury item, the ‘4KTV’ of 1637. People went crazy for the bulbs, so that at its peak they were each trading at more than 10 times the annual income of your average (but still pretty good) Dutch worker. The market was regulated – by Mother Nature as well as the Government, so that they could only be sold (and moved) during their dormant phase in the year, and signed contracts meant sales were officially completed only at the end of the year to prevent ‘short selling’. This soon led to a futures market. Speculation (and greed) was suddenly heightened by (greedy) people across Europe who had no idea what a Tulip looked like, but just wanted to make money … and soon enough the market crashed. (Actually, probably crashed in some way because of the nasty Bubonic plague that sprung up around that time, but that doesn’t help our story…) 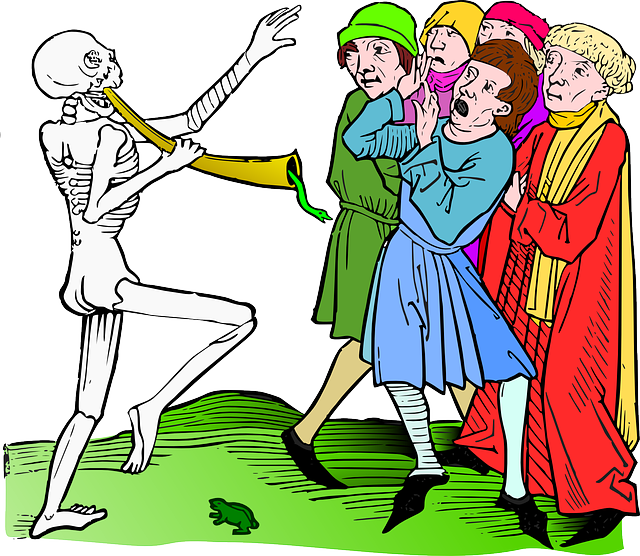 What’s this got to do with the price of (bacon) Bitcoin? Back in the olde worlde, traders bought the bulbs for ever increasing prices, with the aim to keep them a little while and sell them for a profit. Genius. Count me in. This works very well … as long as there are others that you can meet with the same plan. Back in February 1637, traders couldn’t find any more buyers (probably because the plague was killing them all off), and tried to get out quick. The bubble burst, some of these butch sailors were left holding soiled and dirty little flowers, while others had contracts to buy them at a vastly inflated price many sleepless nights into the future. 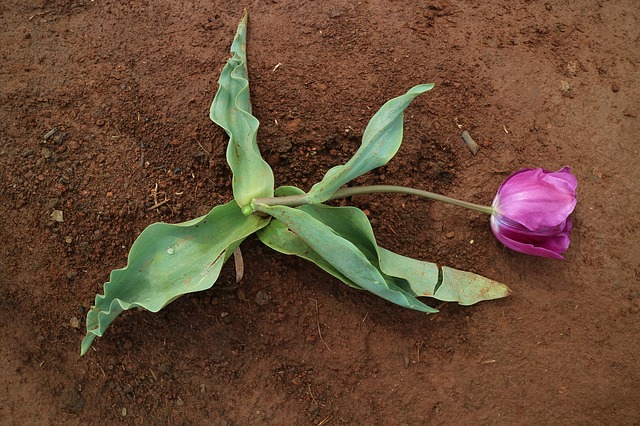 ‘The Bubble’ So we all know to buy low, sell high (‘where’s my notebook….’). Don’t need a LinkedIn article with a few quirky stories to tell us that. But when’s the best time to buy Bitcoin? Simple answer, a few years ago. If you’re reading this and want to make a lot of money, it only works now in large volumes (and a lot of luck). Ah, but, if Bankers are so wise, why can’t they figure it out? It’s a ‘faith’ based commodity. It has no ‘real’ value, so is dependent purely on its own market forces – in that if a dude in Idaho really wants to buy some, at the same time as a million others from around the world, the price goes up. If they soon panic, regret that they’ve bought a whole load of 1s and 0s with their kid’s college fund and all decide to sell at the same time, the price falls. Everyone is waiting for the Bubble to burst. Including Jamie Dimon, head of the largest bank in the US who has warned that Bitcoin is ‘dangerous’ (but they would say that, wouldn’t they?). In fact, it keeps smashing projections (with the odd blip along the way to keep things interesting). 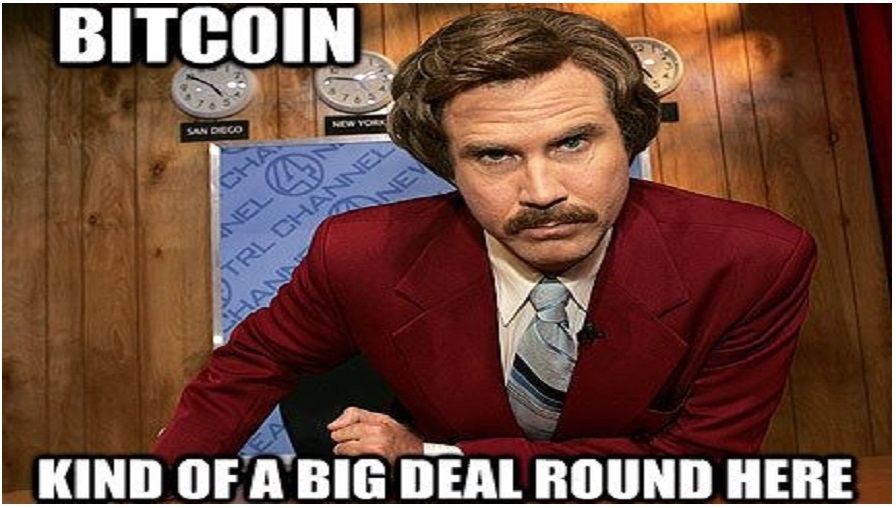 But there are the blips… It times of Political Uncertainty, the price of gold would rise when investors take money out of unstable currencies. We’re seeing a connection now with Bitcoin – when Brexit talks get a boost, and the pound rises, Bitcoin falls. Then there’s a recent ‘crash’ of course, when it went down to the ‘low’ of $3,500, when China got involved and closed down local cryptocurrency exchanges – https://www.express.co.uk/finance/city/853645/Bitcoin-price-update-today-China-forecast-prediction-2020-cryptocurrency Throw in the mix when the supposed founder and creator of Bitcoin was accused of a load of crimes. At about the same time, was a rumour of some $50million of ‘new’ Russian Bitcoin that had flooded the market. Mix in a news report of some terrorist plot or drug cartel propped up by the anonymous currency, and you can see why some people want to get out, run for the woods and distance themselves. (Then, it seems, convince themselves it’s OK again, and saunter back down the hill). 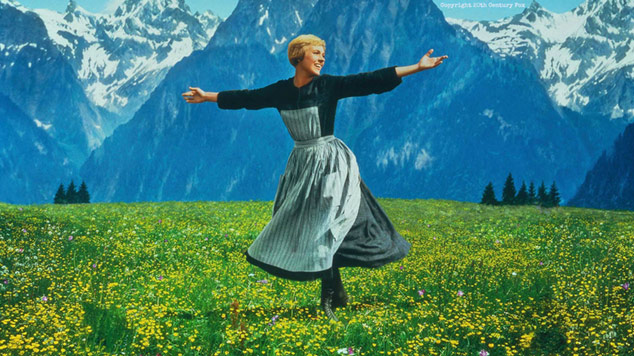 But wait, why invest when I heard you can make it? Ah, well, here is the thing that gets most people. So, yes, you can ‘mine’ your own bitcoin. And right now I’m imagining plenty of Boiler Room office floors around the world with old Pentium Windows 95 machines churning them out. But, in a nutshell, it’s hard to do. It takes a lot of time, and no one who can do it successfully is going to give you the easy shortcut to get there. There can only ever be 21million bitcoins in existence because of the rewards used to create each one which decreases over time (set to run out in 2140). But that’s still a lot of coin, so there’ll be script kiddies earning their keep for many years. So, the crunch How do you invest? Cut to it! OK, so you’ve got a bit of money, you understand the risks involved (and how volatile the market is) but still want in. Basically, there are two ways without mining them yourself. You can use: Some services are for personal use only, not corporate. And, again, remember these two come with risks – not on how safe the sites are, but that your money could literally disappear if you don’t get out at the right time. Buying your own Bitcoin The best site I’ve found is CoinBase. If you click that link and sign-up successfully (it does take time), you’ll even earn your first investment. They are big on security, but that’s a good thing – access is granted through a two-part authentication, through standard sign-up, and a code sent to your mobile required for each time you access (so no one can swoop in and steal your funds). Spread Betting Due to the risks involved (for a lot of firms, especially if it keeps increasing in value), many won’t touch it. eToro or Plus500 are the best out there, right now. They also offers prices on Bitcoin’s little brothers of Ethereum, Litecoin, Ripple, and more. Does it work? If you know what you’re doing, then yes. A good friend of mine bought it at $2000. He also later (before one of the largest spikes) placed a spread bet for the price to increase, a $1000 stake at $2.50 a point … and within an hour had already made $5000. Likewise, for almost every winner is a loser. Anyone who thought the market would dip with a sell bet in that timeframe would have been hit hard. Just be careful out there people!! 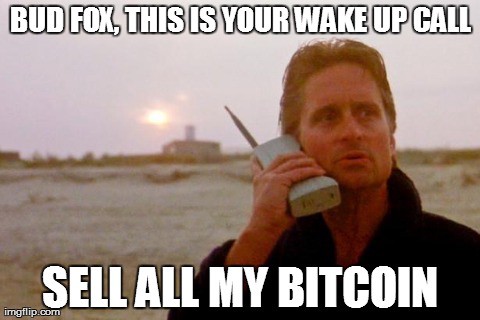 — Jordan Taylor has been developing websites since he started using Dreamweaver way back when it was in version 3 (yes, that far back) and everyone loved tables. He has worked on UX and Front End projects for many global ecommerce projects including Gucci.com, Superdrug and Dr Martens (and a few others where the UX management was not so good!). He is currently a UX Architect on a major SaaS development project, and the lead on an NDA-driven Front End only team of stealthy ninjas for high end Hybris and Salesforce projects, called Rapid Commerce.