Does Amazon mean the End of UX as we know it? 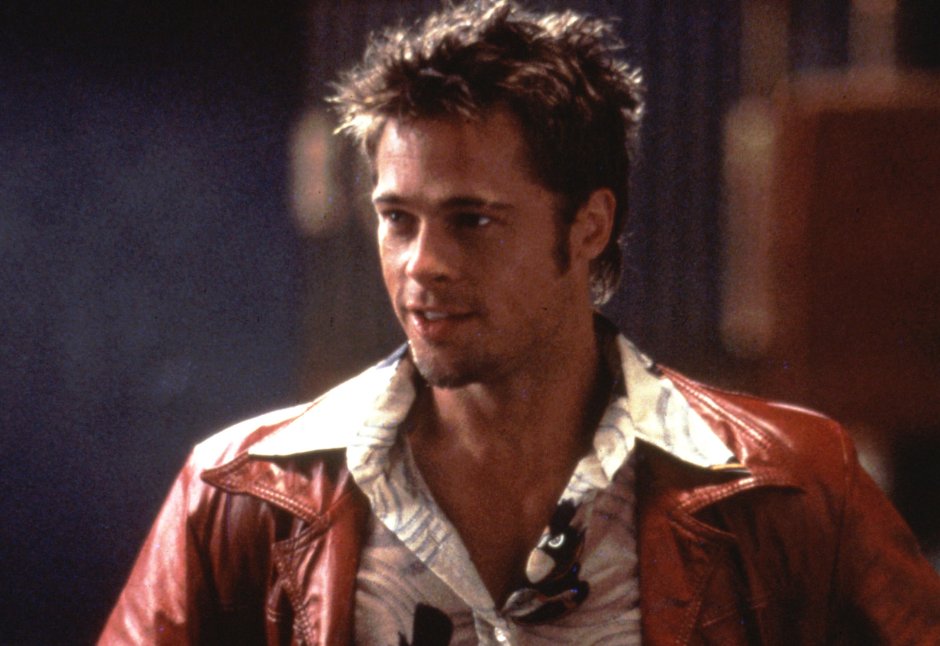 So I’m often asked in the street ‘What is the future of UX?’* And, bombshell, in my Tyler Durden voice I reply: ‘There is no UX!’

(*Disclaimer: I’ve never been stopped in the street and asked ‘What is the future of UX?’. That would just be weird. But I do get stopped by tourists a lot who ask me for directions to places I have no idea existed. I just send them in any old direction)

Last year, Amazon OWNED the internet (using caps Oleg style for emphasis, I’ll stop that now) – apparently 89% of all online orders at the busiest time of year went through Amazon**.  89%!?!!

That’s crazy.  I know that includes Amazon marketplace, so eBay is the one taking a big hit and small traders are just moving somewhere new to sell their stuff…

But still.  Eighty nine percent?!  eBay had better think of something quick, those ‘beige is bad’ adverts are not working.

What does this mean for the rest of us?  Well, people will still buy any old tat they need online.  Until Amazon start selling everything under the sun from roof tiles to live animals, there’ll still be DIY stores, pet stores … and DIY cross-breeding pet stores (mental note – create a cross-breeding online pet store…) 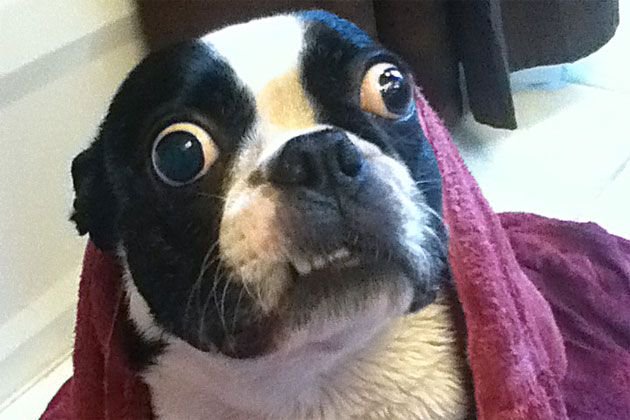 But Amazon can still undercut the market for hundreds of thousands of items, so it makes sense to stop by there first.

Which means the market is going to get stale real soon. And this large a share to Amazon means less independent online stores, which is not good news for most of us.

–I mean not only on a selfish level about jobs and contract UX work (although we might all be applying for positions against those little cute factory robots soon. And going for a #1 in a bin because the factories are too big) — but it’s not good news for our back pockets when those prices go back up due to a lack of competition.

If it gets any worse, we might all have to start heading back to the High Street to buy stuff again!  Imagine that.  Trying on stuff before you buy it. Waiting in a queue like a chump.  Paying with that paper stuff, I forget what they call it. Nobody wants that.

But what does the future mean for UX?  Well, getting back to that original question, there is a pretty big chance there isn’t going to be UX as we know it, Jim.  Why?  Because people are buying more with Alexa, Siri, Google Assistant and all those other ones.

With their huge profits Amazon can drive innovation for their own ‘stuff’, like Alexa for easy Amazon ordering.  If it’s good enough to understand a Mackem*** accent, this thing isn’t going to go away soon.

Forget the hassle to enter your password and fill out the same old shipping info, we just tell Alexa we want to buy something, it asks if we’re sure. We say we’re sure we’re sure. It’s booked.  Where is the UX in that?  Precisely.  No colour schemes.  No fancy banners.  No ‘arrow’ icons instead of ‘cart’ icons.  Should it say ‘checkout’ or ‘check out’?  Who cares anymore.  It’s not looking good for us.

It is a big deal though. And it’s not a trend like some of these other things. Chatbots? Not too chatty in media coverage these days. ‘Google Glass’? Was never going to work after a few Daily Mail type articles that perverts**** were starting to be seen in public wearing them, randomly staring at people. And no one wants to be a pervert.

(****I love that word, just the right level of harshness to call a friend. Or the guy who delivers the post. There’s no coming back from that one)

And what happened to Oculus Rift that we were all supposed to be wearing by 2015?  (And where is my hoverboard??)

Until we get that cool thing from Minority Report to swipe through virtual screens like Tom Cruise, ‘Virtual Assistant Technology’ is something that’s sticking, and a lot of non-digital-download retailers are going to have to figure out ways to jump on the boat. 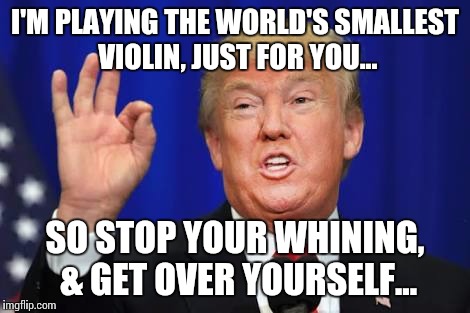 All doom and gloom?  Well, we’re not quite dead in the water yet.

So I’ll keep calm and carry on.

And there’s still time for Elon to defeat Amazon…

I mean, remember years back (y-e-a-r-s) when everyone complained about IE6, and wondered why Microsoft had no competition in the browser market? Google lagged way behind.  Fast forward a few years, and Firefox & Chrome (I refuse to mention Opera) had better, faster, safer, sexier browsers.  If there wasn’t competition we’d all be stuck on IE8. And told we should be happy about it too.  Someone with deep pockets will step up and inject some … as the French say ‘I don’t know what’ … into the market.  Maybe.

Is this just an Amazon cookbook to bring down the giant?  No way.  I like Amazon.  It’s my second favourite river in the world. But I only shop there if it’s the best price.  I’m not ‘wowed’ by my customer journey.  I’m not a die-hard fan of their customer service.  But I do like some of its quirks. 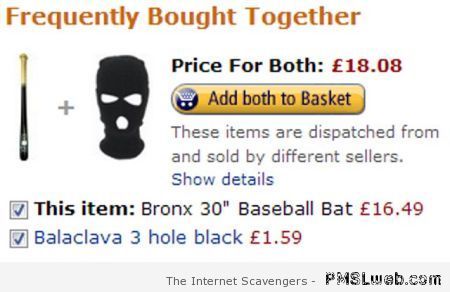 They’re clever though. People always say the best in business are those that create a solution to a problem you never knew you had.  Want next day delivery (…which almost every other regular site offers, most at cost price)?  ‘Well, then you need to sign up to a super service to get that.  And we’ll charge you for it for the year.  And throw in some second-rate online movies so you don’t feel too bad about it’.  Genius. 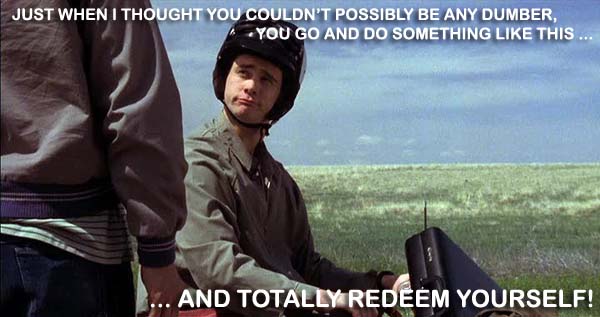 ‘Beige is bad’ didn’t quite work for eBay (mainly because everyone still buys from Amazon, so we just recycle those same beige boxes to wrap up the junk you’re lucky to sell on eBay).  But as UX-ers it means we’ll need to push the boat out when designing customer journeys on ‘smaller’ sites.  (And by smaller we’re talking every site now, except maybe Alibaba.)

In all seriousness though, a war is coming.  An ecommerce online civil war.  We saw a few years back how Mobile now waaaay outperforms all other environments for browsing.  Why would anybody prefer to power-up a slow desktop computer to get onto the web for a quick browse when you can just pick up your mobile?  And don’t remind me about that time I tried to lug my Lenovo down to the coffee shop on a trolley.

Now the ‘big wigs’ are pulling out the big guns to get us back onto bigger devices – we have GPU powered AR on big brand websites that are better on tablets.  VR experiences best suited for our Macbooks and laptops.  We’re joining the fight to get users to spend time looking at their screens again.  (…Unless you’ve already joined the other side!  Or just gave up altogether, sold out, and are now a UX ‘Product’ Designer!  Boooo!!)

But soon it won’t be a division of OS or device we look for in Analytics, but purchases with ‘screen time’ against those without any screen time.

Market monopoly is never a good thing. And I think it’ll be a shame if the web just becomes a library / movie streaming service and we lose some of these big brand sites with their pretty pictures. So maybe it’s up to us to do something about it and make these sites such as joy to use, that people would be crazy to miss out.

Until then, I’ll keep browsing the Amazon reviews … but buying my ‘Knuckle Blaster Stun Guns’ from the little guy! 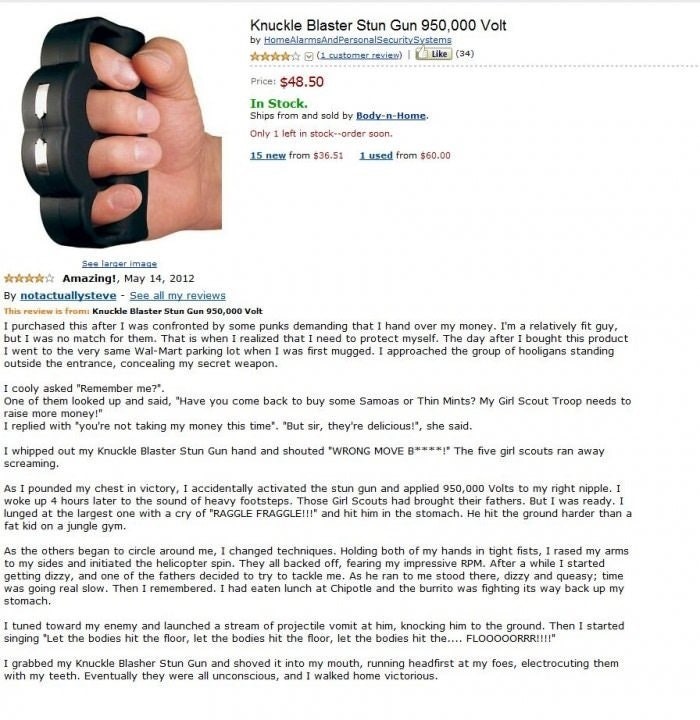 Jordan Taylor has worked on UX and Front End projects for many global ecommerce projects including Gucci.com, Superdrug, TKMaxx and Dr Martens. He is currently a UX Architect; and the lead on high end Hybris projects for Rapid Commerce, and likes referring to himself in the third person on these end-of-article review pieces.